The Burlington Veterinary Center is equipped to provide preventative, diagnostic and therapeutic services for your pet’s complete health care needs for every stage of their life. We believe that preventative health care is the BEST medicine. Our annual exams are done with a complete physical examination and health evaluation in conjunction with an assessment on vaccines. In addition to immunizations, we recommend Key Diagnostic Laboratory Testing for our patients based on their relative life stages. This allows Dr Esherick and Dr. Trevino to look “inside” your four-legged family member to ensure they are just as healthy on the inside as they are on the outside. There are many important aspects of Key Diagnostic Tests which include: Read MoreRead Less 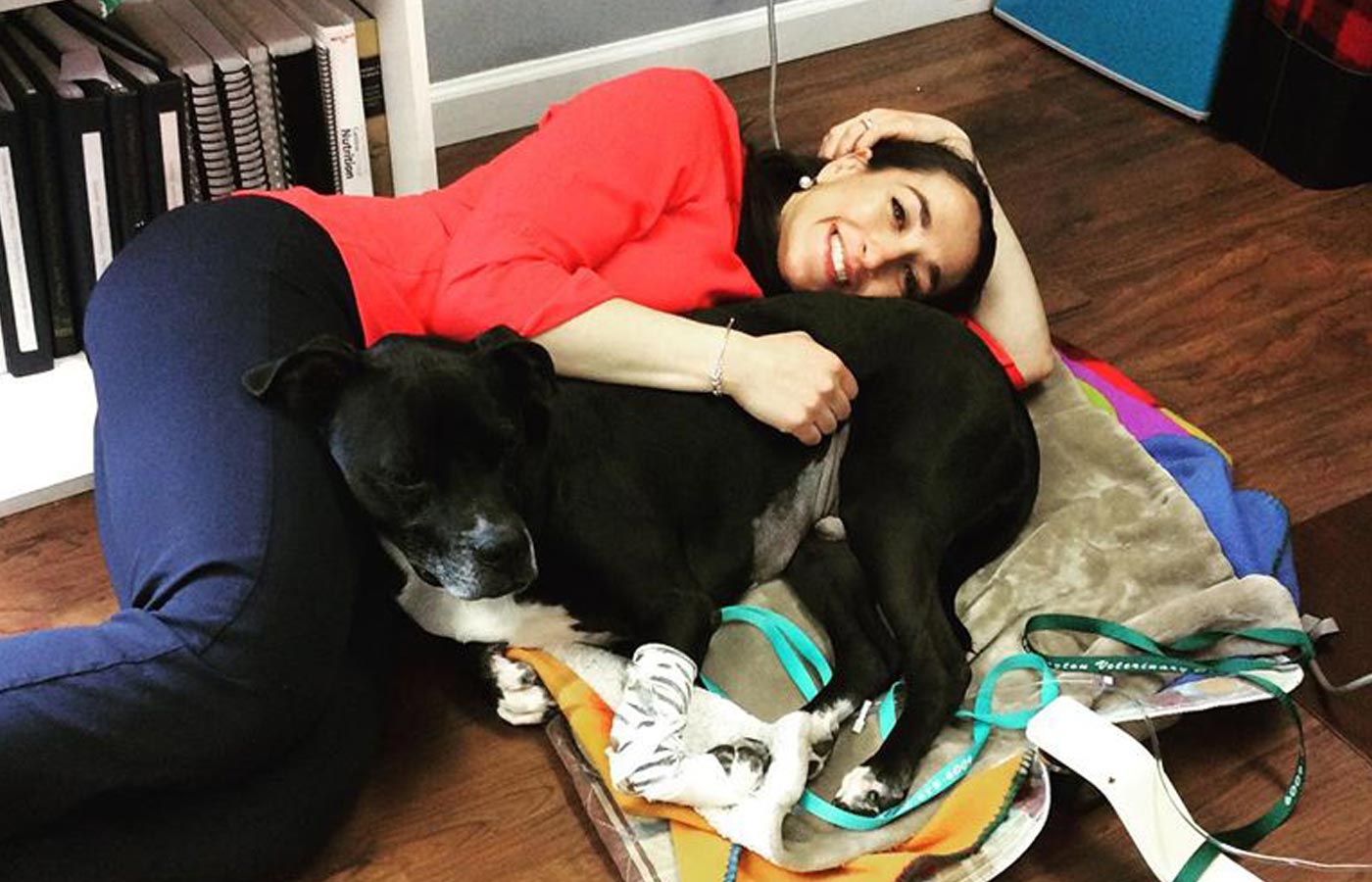 Your pet is ill and you need honest, caring veterinary intervention for your sick dog or ill cat. Our veterinarians at the BVC are devoted to providing you with a rapid and accurate diagnosis of your pet's illness. Dr. Esherick and Dr. Trevino work with you to help you understand your pet's condition, thoroughly communicating the diagnostic and the treatment options available to best secure the most desired outcome of optimal and sustained return to good health. 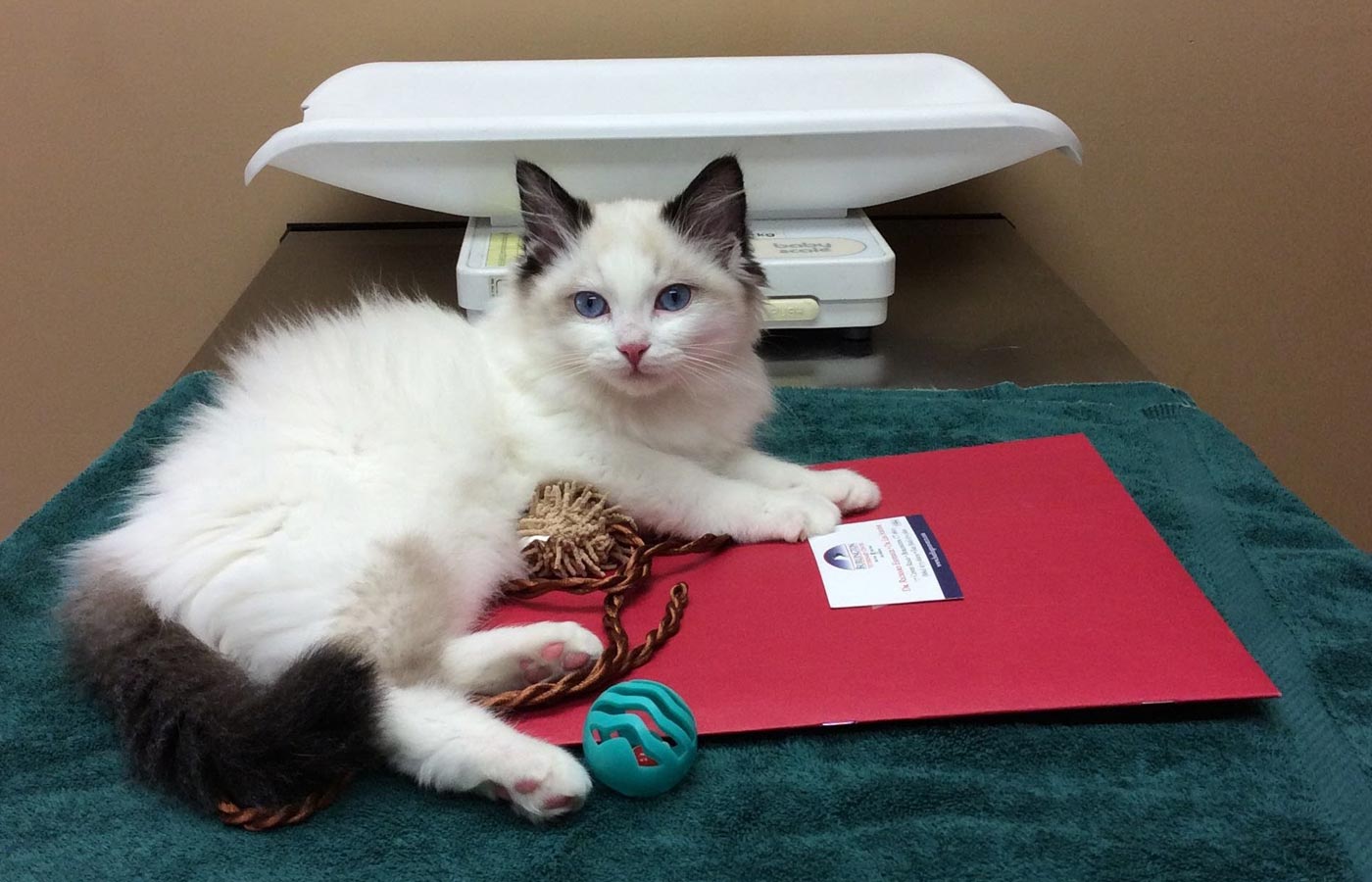 In the past there have been many different vaccination recommendations in dogs and cats in the United States that have been based on the best available scientific information. For many years annual revaccination was considered the appropriate standard practice. However, in recent years there has been mounting evidence that annual revaccination of pets with certain vaccines is not only unnecessary but in rare cases, potentially harmful. The introduction of better vaccines and recent duration of immunity studies suggest that certain vaccines may provide more lasting immunity than previously appreciated. Leaders in the veterinary community believe the appropriateness of various vaccinations and the interval of administration are best assessed in conjunction with a complete physical examination and health evaluation. Here at the Burlington Veterinary Center we believe the health status of the individual pet and the pet’s infectious disease risks should dictate the appropriate vaccine selection. In light of the latest evidence that annual revaccination for certain pathogens is no longer scientifically justified and our desire to avoid adverse vaccine associated events.

These organisms can cause severe life-threatening disease and the potential for exposure is considered high. Vaccination is highly recommended for all dogs. Recommended vaccination interval: Beginning at 8wks of age, administered at 3- 4 week intervals until the puppy is 16 weeks of age. Then boostered one year later, and administered every 5 years thereafter.

The rabies virus represents a fatal risk to infected dogs and people. Vaccination is required by law in many states (including CT.). Recommended vaccination interval: Administered at 12+ weeks of age and again one year later then administered at 3-year intervals thereafter.

Non-Core Vaccines Bordetella - The risk of exposure is considered to be high especially in kennel, shelter, show and breeder groups. We also recommend this vaccine for any patient that is going to be in an area where a high concentration of dogs are such as boarding, grooming, daycare and dog parks. The efficacy of the intra-nasal vaccines is considered to be moderate and adverse event rates are considered low. Administered at initial vaccination series and then annually thereafter. Recommended for dogs at high risk of exposure. Vaccination 2 weeks prior to suspect exposure is suggested.

Canine Influenza - The risk of exposure is considered to be high especially in kennel, shelter, show and breeder groups. The efficacy of the vaccine is considered to be moderate and adverse event rates are considered low. Administered as an initial vaccination series repeated in 2 weeks the first year and then annually thereafter. This vaccination is recommended for dogs at high risk of exposure. Vaccination with the second vaccination in the series to be administered 2 weeks prior to suspect exposure is suggested.

Recommended vaccination interval: Administered at 3-4 week intervals until the kitten is 12 weeks of age then boostered one year later, then administered every 3 years thereafter. This vaccine is highly recommended for all cats. Administer only the killed vaccine to pregnant queens or immunocompromised patients.

Recommended vaccination interval: Administered at 8+ weeks of age and repeated 3 weeks later . Regarding our Feline friends recent studies have demonstrated that adult cats over 4 years of age with previous Feline Leukemia vaccination have sufficiently enhanced immunity against Feline Leukemia virus and no longer warrant annual revaccination. The BVC has elected to decrease the frequency of administration of Feline Leukemia vaccines after age 4 to once every 3 years in those cats at risk of exposure to Feline Leukemia (i.e. outdoor cats or cats visiting/interacting with other outdoor or other at risk cats).
Read MoreRead Less 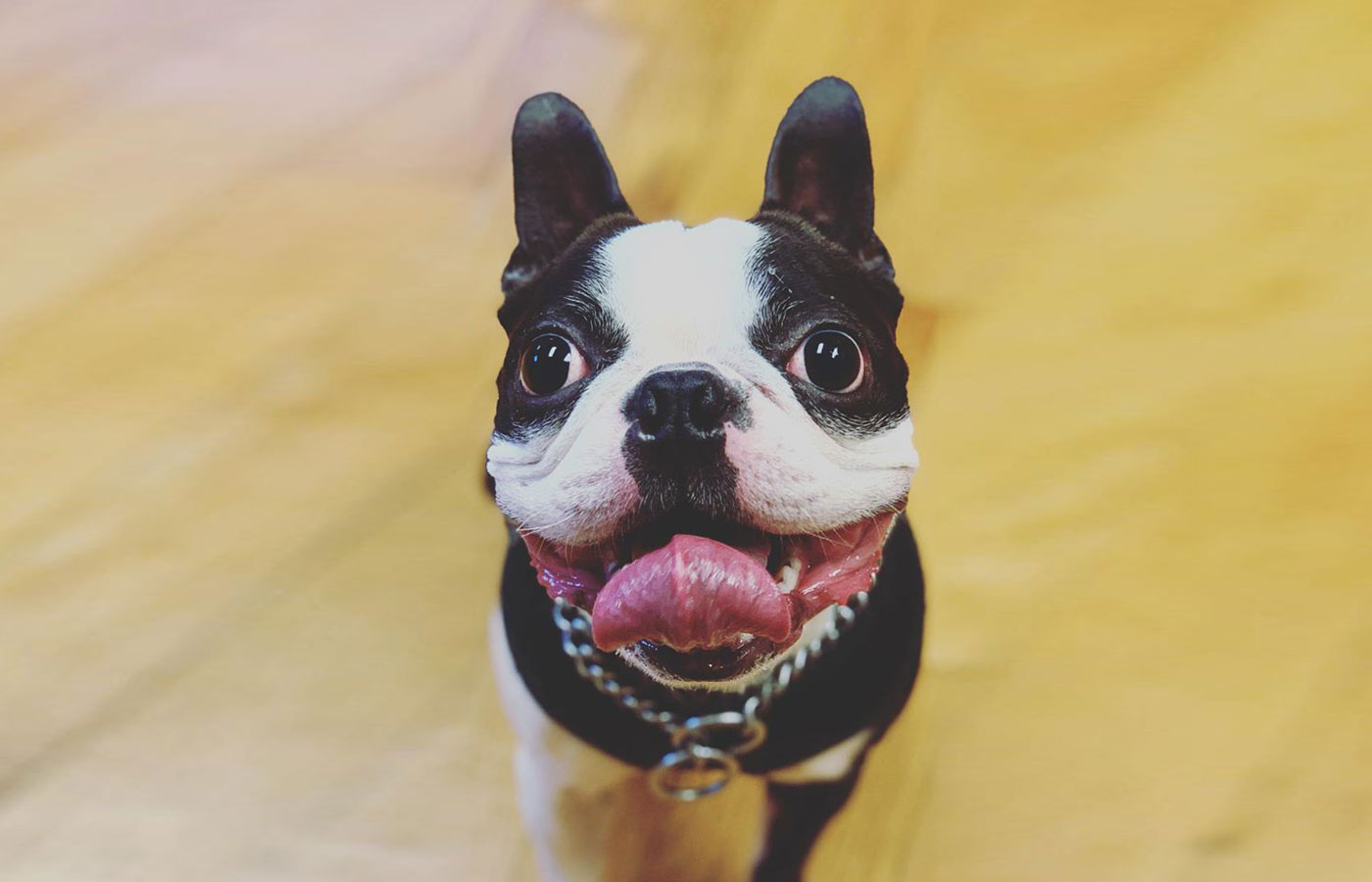 We will help teach our clients how to establish a healthy leadership role with their pets, while helping the entire family understand and correct problems. Read MoreRead Less 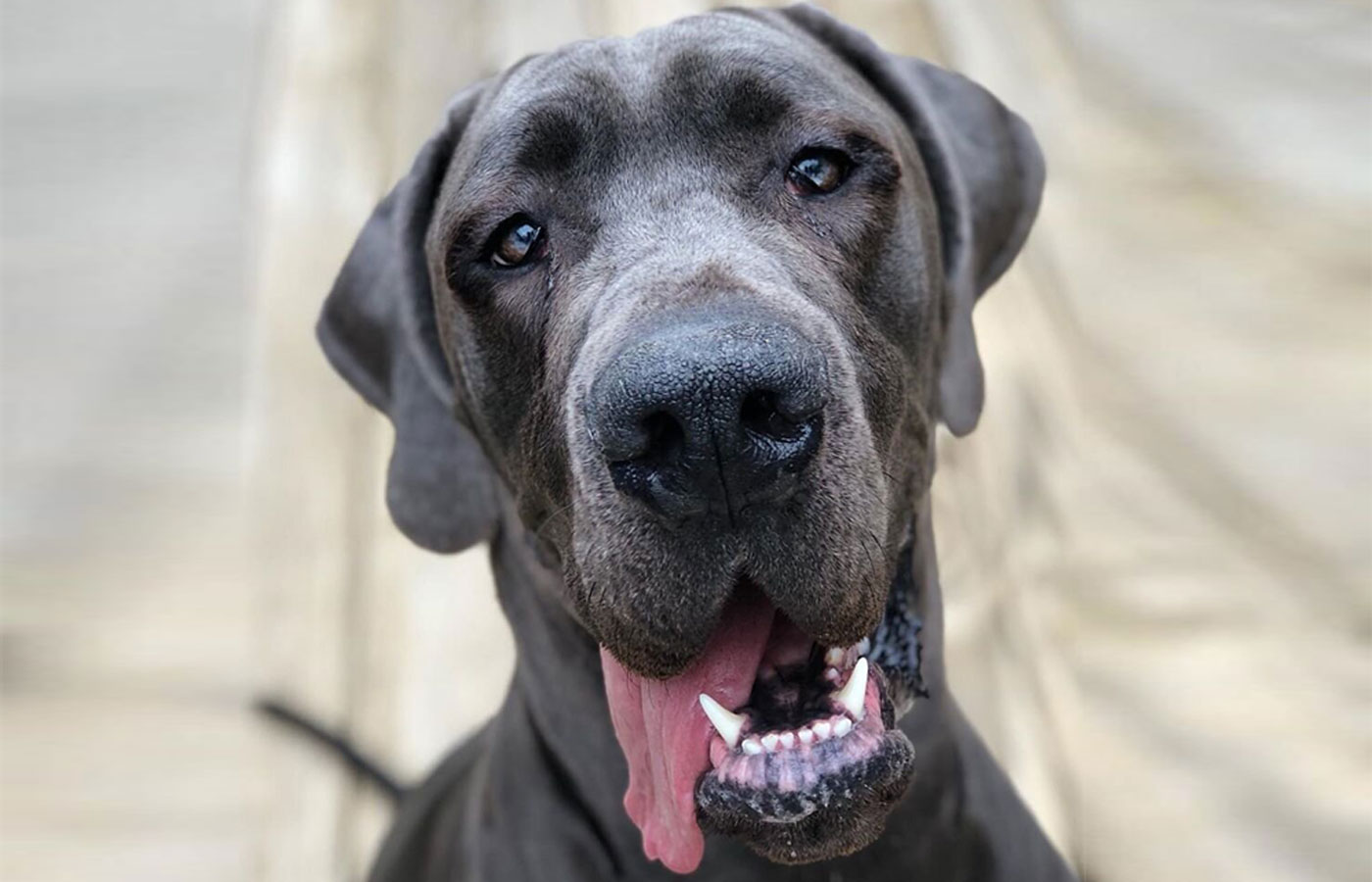 Over 70% of all dogs and cats over 5 years of age suffer from periodontal disease, which means that they have loss of the supporting structures of the teeth. In most cases, this process is uncomfortable and it will eventually lead to problems such as loose teeth, bacteria in the blood stream, and damage to the kidneys, heart, and liver.

Tooth extraction, fracture repair and oral surgery are all performed by Dr. Esherick. Pet owners are also provided with recommendations for daily home oral hygiene specific to your pet along with a no fee follow-up exam two weeks after the dental procedure.

After oral examination, dental scaling and digital x-rays are complete, Dr. Esherick will will determine if any teeth are in need of advanced dental care. Some of these services include tooth extraction, antibiotic gel, post surgery pain medication, bone grafting material, and laser therapy. 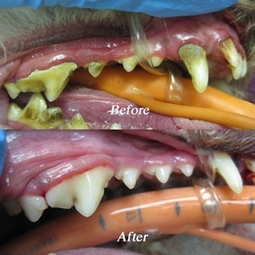